Give today Give monthly

When Disaster Struck, Volunteers of America Found an Innovative Way to Help

Catastrophic flooding in Baton Rouge left residents looking for answers, so Volunteers of America met them in the library 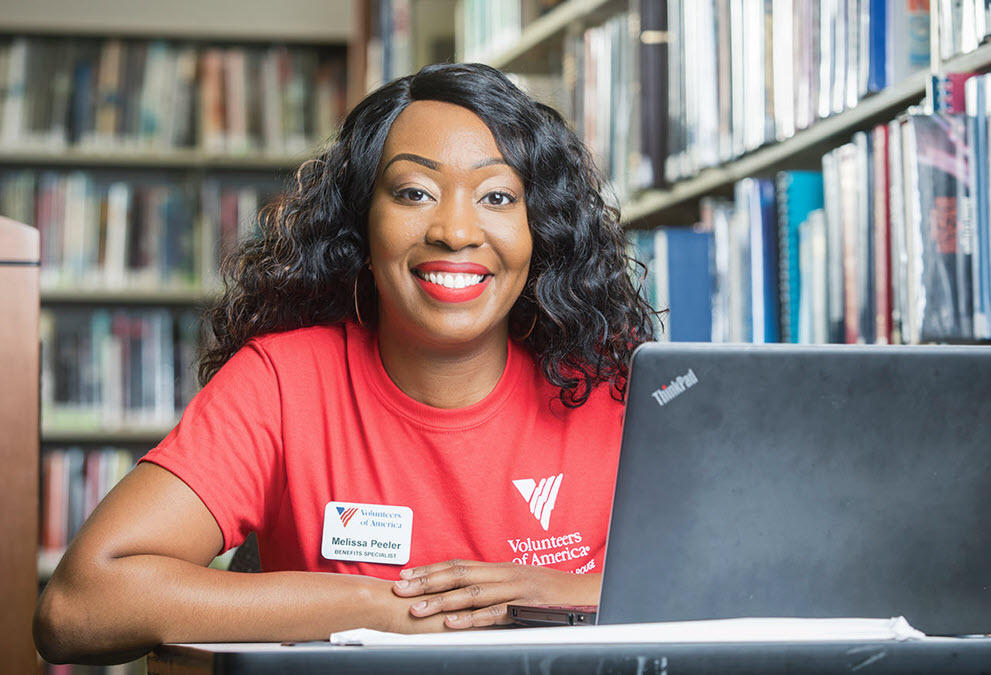 The reference desk staff at Baton Rouge, Louisiana’s public libraries pride themselves on answering their patrons’ questions. The best recipe for jambalaya. The history of zydeco. The number of times the LSU Tigers football team has been to the Cotton Bowl (that would be five). Even in this age of Google and Siri, there’s no shortage of queries.

Then came the catastrophic flooding of 2016. Suddenly the questions became more urgent. People wanting to know how to contact FEMA for assistance. Where to get help paying utility bills. Even where to find a homeless shelter.

Some visitors seemed to need much more than what the library’s reference sources could give them. They needed someone who could spend more time with them, counsel them on whom to call for assistance and what documents and information they’d need.

The library turned to Volunteers of America Greater Baton Rouge (VOAGBR), a faith-based nonprofit it had worked with in the past.

At VOAGBR, they’re all about addressing the very concerns people were asking about—assistance with affordable housing, a drop-in center for the homeless, therapists who work with families in crisis, programs for seniors and veterans. They were committed to helping those whom Jesus called “the least of these.” A 90-day pilot program was launched in the spring of 2017. Three evenings a week, VOAGBR would send caseworkers to three library branches. 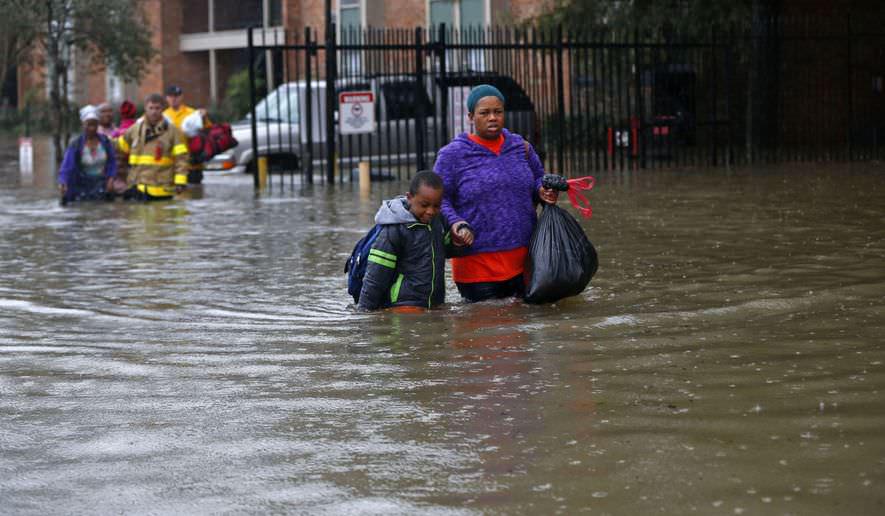 Melissa Peeler, a benefits specialist at VOAGBR, taped her sign—with its red, white and blue Volunteers of America logo—up in the reference section. But other than a disheveled man in the corner, no one made eye contact all evening. She started to wonder if the library was the best place to find the people VOAGBR serves.

Finally, the man came over to Melissa and asked her what she was doing.

“I’m here to talk to folks who need social service help,” she said. “Is there something I can do for you?”

“Do you have housing assistance?” the man asked.

“Definitely,” Melissa said. She explained how Volunteers of America Great Baton Rouge helps people find affordable housing. “We know a lot of landlords,” she told him. “But you need to be able to pay the first and last month’s rent and have proof of income.”

The man’s shoulders sagged. “I don’t have any of that,” he said. “I just need a place to sleep.”

Melissa gave him a list of shelters. “Volunteers of America Greater Baton Rouge runs the Drop-in Center near this shelter,” she said, pointing to an address. “There are showers. And phones and computers you can use. You can even get a photo ID.”

Word got out. People began to take notice of Melissa and come to her with questions that the research librarians weren’t generally equipped to handle. Like how to find a job or get donated school uniforms and supplies. “Thank you!” one woman said. “Before I talked to you, I didn’t know what to do.”

Most people had never heard of Volunteers of America Greater Baton Rouge. But one day, a man came in and, seeing Melissa’s sign, made a beeline for her. “Hey, I’m with you guys,” the man said, proudly pulling out an ID with the Volunteers of America Greater Baton Rouge logo he’d gotten at the Drop-in Center. “I don’t know what I would have done without you!”

The pilot program was renewed for an entire year.

In its first six months at the library branches, Volunteers of America Greater Baton Rouge helped 248 people it might not have otherwise reached.

Melissa talks about programs like Ask a Lawyer, where an attorney gives free legal advice once a month. Patrons now count on her being there.

There are a lot of books in Baton Rouge’s libraries—full of information, guidance, wisdom and entertainment—but the help that Volunteers of America Greater Baton Rouge offers there is right out of the Good Book.